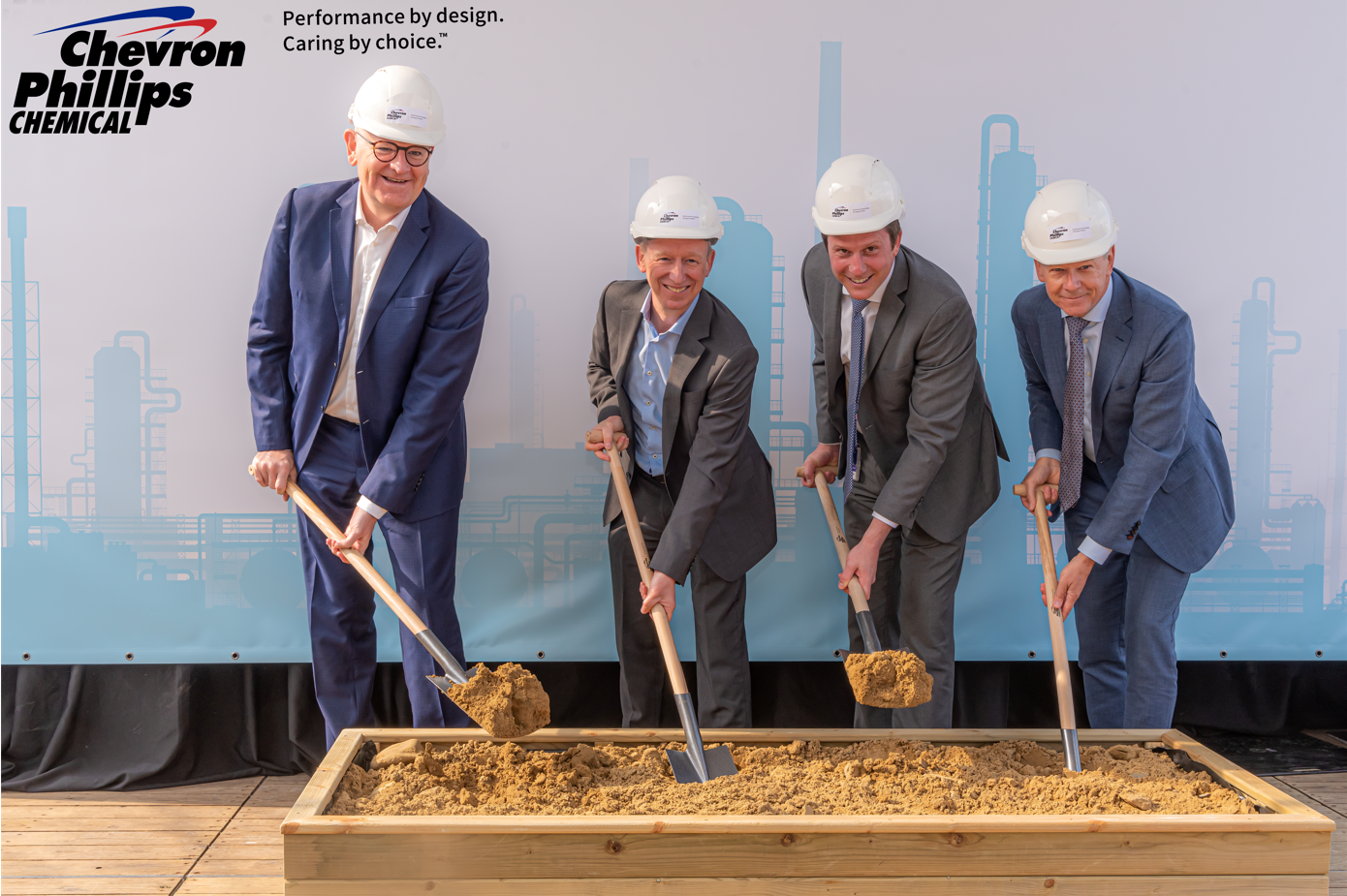 Chevron Phillips Chemical (CPChem) today held a groundbreaking ceremony for a new hydrodesulfurization (HDS) unit at its Tessenderlo facility in Belgium. The ceremony was witnessed by the governor of the province of Limburg, Jos Lantmeeters. The HDS unit is an important investment in the region and illustrates the company’s efforts to accelerate change for a sustainable future.

For over 40 years, the Tessenderlo facility has manufactured mercaptans, which are chemicals made from sulfur and used in many applications such as gas odorant, additives and antioxidants. These life-enriching products are essential, and CPChem is committed to producing them sustainably.

The new HDS unit will help create circularity by turning sulfur, currently a waste stream at the Tessenderlo plant, into hydrogen sulfide, a feedstock that will be used on-site for the production of mercaptans. It will also reduce SO2 emissions, and produce fuel to be used in a new cogeneration unit which functions to produce steam and electricity for the facility, making our facility more reliable. Startup of the HDS unit is scheduled for the summer of 2023.

Implementation of projects such as the cogeneration unit and the HDS unit affirm the company’s commitment to a sustainable future through reduction of its environmental footprint.